Producing Years: 1948-1956
With the mill from Uchi Gold Mines, Starratt-Olsen Gold Mines went into production in September 1948. The mine produced for eight years and produced 163,990 ounces of gold between September 1948 and September 1956. When the mine closed, the company sold what they could – the mill, for example, was sold to H.G. Young Mines. 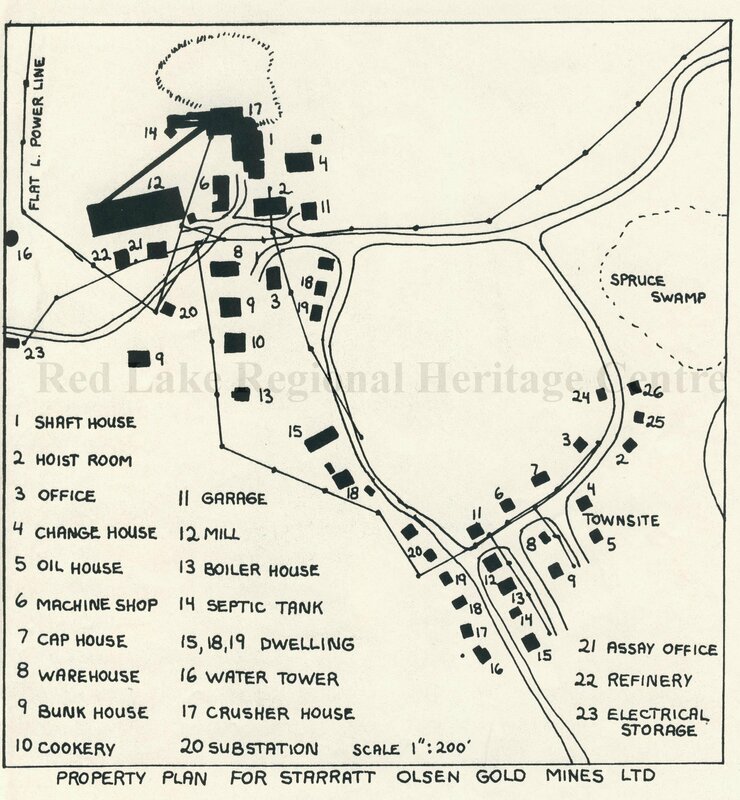 Property plan for Starratt-Olsen Gold Mines
The Red Lake Regional Heritage Centre is a charitable organization, funded by the Municipality of Red Lake, the Ontario Ministry of Culture, and through fundraising activities. Reg # 87315 2714 RR001.